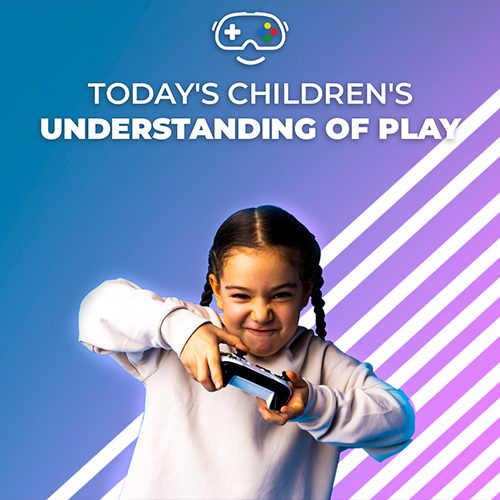 The social, cultural and technological factors in the environment in which children live directly affect the children’s play conditions and the behaviors caused by those conditions. Today, the ongoing rapid development of technology has helped to add a new dimension by affecting the social life and cultures of societies, as well as leading children’s games and play materials to a serious change. In particular, the spread of touch screen technologies, their continued development as they become widespread, and the use of digital tools such as computers, tablets and smartphones by children from a very young age have brought with them. Through these digital tools, thousands of game programs called applications, also known as “apss”, have been marketed for the use of children of all age groups, starting from infancy. This widespread use of technology has revealed concepts such as technological games, contemporary games and digital games in the field of early childhood education.

In the most general sense, digital game is defined under the title of using technology in accordance with its purpose. The digital game world, which is very difficult to limit, includes all game activities on video and computer games, websites, electronic toys, smart phones and tablets. In line with these activities, today’s children become open to development and innovation. In children who have gained digital game skills; Active, experimental and problem-based learning is facilitated, independent and critical thinking skills are developed, it is easier to achieve better results in the field of planning, the situation of performing more than one task at the same time with strategy games is learned, mathematics, science, foreign language, information technologies where motivation is increased in different disciplines such as geography and geography, and where the ability to act quickly in some difficult moments is required, development, focus, dissemination of the ability to visually follow many objects at the same time, contribution to the development of digital literacy skills, goal setting, goal setting and determined the motivation to make an effort to achieve the goals, to experience the feeling of success many times and to observe the development of continuing their success, to learn to control fatigue and stress, to gain self-confidence skills, to develop visual-attention skills and especially games with educational content It is observed that the course increases the success of the course.

Do not forget to subscribe to the Kleinstein Games newsletter to closely follow the developments related to the Metaverse.